The Paradoxical Attitudes to Fatigue 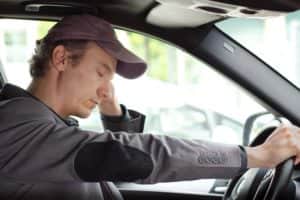 In this edition of NaviMinds Newsletter you can read about interesting ways to facilitate a “wakeup call” for your students to examine their own attitudes to fatigue.

Fatigue is a well known topic to all CRM instructors. It is a requirement that we facilitate a discussion on fatigue during introductory CRM training, recurrent CRM (at least every three years) and during flight crew command course CRM. It is a topic that is sometimes hard to facilitate as it often generates frustration that neither the airline nor the authorities understand the tiredness and disruption caused by tight schedules and shift work. But do the crews we train really understand the implications of fatigue

Amongst airline crews there seems to be an agreement that fatigue is important, and a general wish for authorities and employers to take the issues of fatigue seriously. Meanwhile at NaviMinds we have often been puzzled about our students´ reactions to a specific statement that we frequently ask them to consider, as part of the “fatigue discussion”:

“Even when fatigued, I perform effectively during critical times of flight”

We offer our students a choice of five different answers to this statement:

The statement shown was originally part of a study survey about “Error, Stress and Teamwork” in medicine and aviation. More information can be found via the links at the end of this Newsletter.

The picture below illustrates respondents´ answers to the statement in the original survey. Over the years from 1988 to 1994 a tendency can be seen in the decrease of pilots who would agree to being able to perform effectively even when fatigued (answer A). This tendency is interpreted as being an increasing understanding of the effects of fatigue. Maybe the continued focus on Human Factors issues and CRM training are reasons for this shift in attitude. Meanwhile, although 1994 is a long time ago, we continue to face challenges regarding the attitude towards fatigue amongst our students.

Proceeding with discussions in the classroom

After having noted down the answers, we then proceed to talk about tiredness and fatigue and the difference between the two. We include information from a study conducted by the Adelaide Centre for Sleep Research which concluded:

After a more thorough discussion on the topic, including a few more surveys and statistics, we go back and simply ask our students to once again give their answers to the statement:

“Even when fatigued, I perform effectively during critical times of flight”

We compare their answers to the first set of answers and often note a few changes. However we still see some answers on A, B and C.

Our aim in pursuing the E-answers is of course that we would like to achieve awareness in the individual about the effects of fatigue. In aviation we are not looking for super-heroes who have high thoughts about themselves and their abilities when fatigued. We are looking for people with a realistic and self conscious attitude to safety and to themselves. Hence we continue the discussions…..

Based on the knowledge obtained from the survey from Adelaide Centre for Sleep Research we then change the statement slightly, so it now looks like this:

“Even when influenced by alcohol, I perform effectively during critical times of flight”

That does the “trick” for most of our students, and they now change their answers to E. However it is not rare to have a few persevering persons on a course, who keep claiming that they can perform effectively even when fatigued. They might argue that “they have tried it before and that they did not make any mistakes” and some say that “the adrenaline kick that you get in stressful situations will counteract fatigue” and so on. One of the most insidious aspects of fatigue, is the inability of the individual to recognise his or her own level of impairment and to take appropriate action. During training we have experienced numerous examples that even trained aircrews have not fully come to accept this.

2 examples of conversations between facilitator and student

Student: “I think that even when influenced by alcohol – depending on how much, of course – I can still perform effectively because I am aware of the alcohol´s effect on my body and brain, and then I make an extra effort”.

Our answer: “Ok then…. imagine that you go to the dentist one day, you sit down in the chair comfortably, but just before the dentist is going to perform the dental work in you mouth, he says “Would you excuse me for a moment, I just need a drink” – and then he drinks a large beer…… How would you feel about that then?”

Student: “I still think that I can perform effectively even when I am fatigued, because I have done it before in a period of my life, when I was working 18-20 hours per day and i didn´t make any mistakes!”

Our answer: “Imagine that you are submitted to a hospital one morning around 0730 with a diagnosed appendicitis. You are given some painkillers and informed that the doctors would like to perform an operation on you within the next hour or two to save your life. And they give you a choice: “We have Doctor Petersson who will be available to operate you right now. His shift ends at 8 o´clock, and he has been at work for almost 24 hours. He did not get more than a few hours interrupted sleep during the night, but he can take your operation straight away. You can also choose to wait for Doctor Olsson, who arrives fresh from his home at 8 o´clock. He can start the operation as soon as he arrives.” Which doctor would you choose then?

As we started out mentioning, fatigue is a subject that is often hard to facilitate. It is bound to engage students in a discussion about how hard they are working, and how their airline and the authorities do not understand how hard it is to work around the clock, and often to the limits of one´s abilities. That basically it is pointless to talk about fatigue. The paradox we often experience in the classroom though, that a number of airline pilots and crews tend to think that they can perform effectively when fatigued, contradicts this frustration. So in that respect our own views as crews don´t really differ that much from those of the regulators.

As always it is our intention that NaviMinds Newsletters provide tips for training. In this edition we have presented a few ideas on fatigue. Not least how to explore and address paradoxical imbalances in attitudes towards fatigue. And we hope they will inspire you as an instructor as well as the crews you train towards a more realistic view on fatigue and safer flying.

You can find more information via these links: